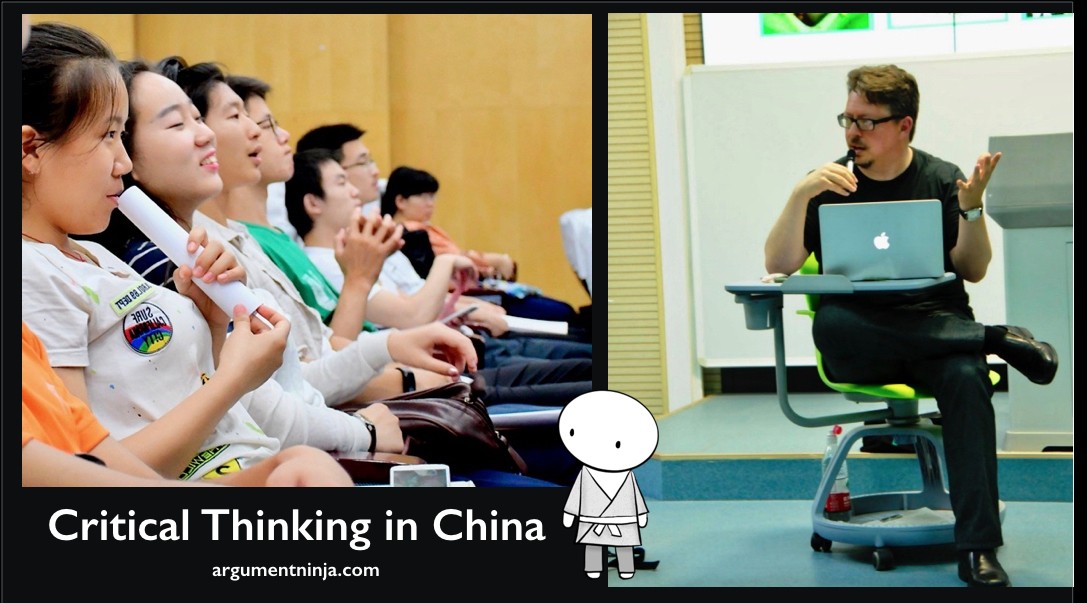 This past month I was fortunate to be a guest of Xidian University in China for two weeks. On this episode of the podcast I share stories and reflections from my adventures as a first-time visitor to China, and I give an overview of some of the public talks and lectures I gave.

The episode has four distinct parts. The first 20 minutes is stories from my trip and observations about Chinese culture. Then there are three discussions on philosophy, science and critical thinking topics:

(1) on circular reasoning in the appeal to science and nature to justify social and political views;

(2) on the elements of science literacy and why public science education doesn't teach it; and

You can find a photo essay with lots of pics here!

"And every morning, before work — between 6 AM and 8:30 AM, or so — hundreds of people, of all ages, would gather in and around this public space, and participate in some kind of physical activity. Many would jog around the track, but others would break off into groups to do tai chi. Older people would gather at a set of upright bars and do calisthenics or stretching in small groups. Off to the side, in these private little park spaces, other tai chi groups would set up. Some of them did tai chi with fans. I saw a small group with swords. Some do group dancing, with scarves and colorful costumes. I would go here in the morning to people-watch, mostly."

"When you’re studying the natural world, you need to be on the lookout for biases that can creep in due to one’s philosophical or ideological worldview. To some extent this is unavoidable. But it’s particularly concerning if you’re appealing to science to tell you what’s “natural”, and then conclude that some particular social order that you prefer is natural and therefore justified. People have found justifications for almost any social practice this way. Science tells us that slavery is natural, racial discrimination is natural, fixed gender roles are natural, colonialism is natural, hierarchy is natural, free market capitalism is natural, communism is natural. This is a seductive path. You don’t want to find yourself projecting your ideology onto the science, and then using that same science to justify your ideology."

"Critical thinking education, as represented by the curriculum in these commonly used textbooks, by and large ignores the psychological dimension, the actual mechanisms that determine how people form beliefs and make decisions. It ignores the connections between persuasive rhetoric, good argumentation, and psychology. It ignores the social dimensions of cognition, how we rely on groups and culture to carry the burden of much of our thinking. And it fails to recognize how hostile the current media environment is to critical thinking, how people are subject to persuasive messaging around the clock, that is engineered to exploit cognitive biases and bypass our conscious, deliberative reasoning processes."

Play or download the mp3 file for this episode