Show Me Some Cartoons!

You've said a couple of times that you're an amateur cartoonist. I enjoy the little cartoon guys who show up in your videos every now and then, but I'm curious to see other stuff you've done.
- John

Gosh, okay. It's embarrassing because I've been such a failure at completing any cartoon projects. But here are a couple of things.

1. Will Argue For Food 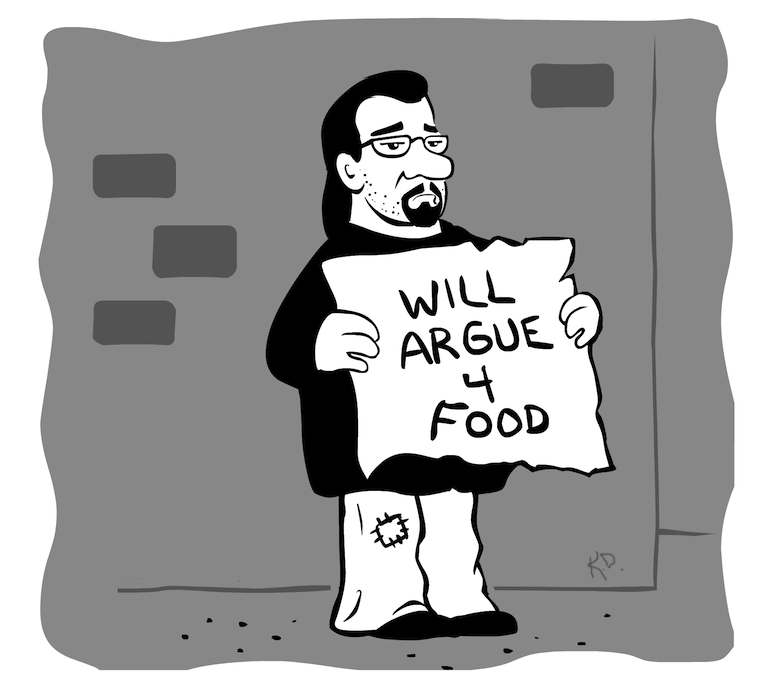 2. Where Philosophers Go After They Die

I used to own the URL "cartoonphilosopher.com". I think it's up for grabs now.

3. Page from a comic on the physics of wormholes 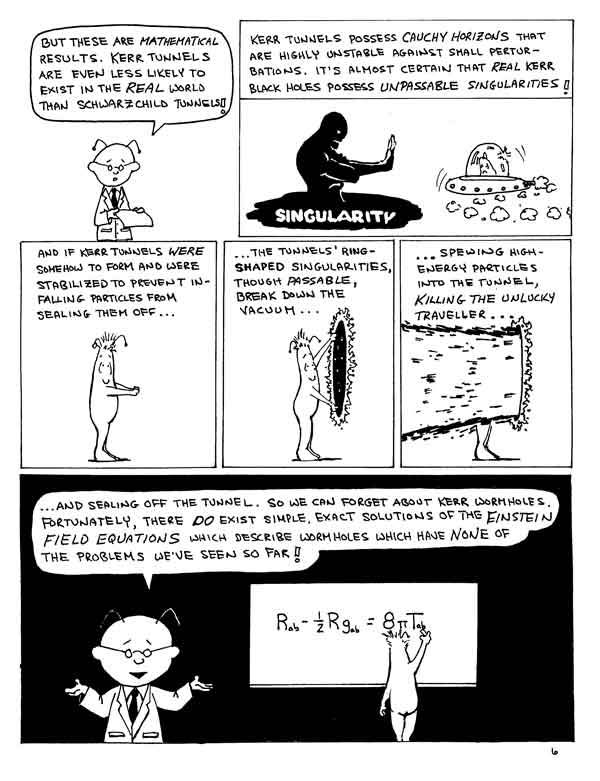 I did a 10-page comic in grad school as a term paper assignment. It was for a course on general relativity, and the topic was the physics of wormholes for interstellar travel. This was back in 1994 or so.